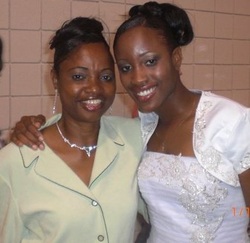 A force to rekon with,

This Berklee College Of  Music graduate has more on her plate than just singing.
With a plan to use her skills as a Television Host, Personality, Reporter, Actress, Entertainer to dominate  the entertainment industry. Adia is well on her way.

When she is not in school focusing on her studies Adia spends time with family and friends and also takes her time to give back to others in her community, volunteering for the homeless shelters, The Big Brothers and Sisters as a Big Sister, Teaching music to juvenile's at detention centers through the Genuine Voices program,The leukemia and Lymphoma Society as a marathon runner, or just volunteering her time as an intern at the local Radio station  in Dallas, TX a Salem Communications affiliate 94.9 KLTY.


" I love volunteering." Giving back has been a huge responsibility for me as I continued to grow and not only did I make others happy this is something I actually enjoy and have gained much appreciation for the life that I live in". 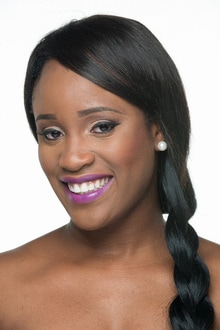 Adia also enjoys the amount of great accomplishments she has received while pushing her way through the entertainment industry. Participating in the Pageant systems such as Miss USA, Miss America and modeling.

She hopes to some day capture the
crown of Miss America and become a  role model to today's youth of America as
well as help fund her continued  education as a musician and
entertainer.

" I have an amazing love for creativity in the entertainment industry from Television; Music Hosting, Fashion. I want to someday pursue my dreams of being a music host or VJ   for a popular TV Network such as MTV, BET, E - News, or Channel O Africa".

"I have set goals to also accomplish as an entrepreneur, my first degree was in accounting so I would love to put that and my business skills to use to build a non - profit foundation that helps to show how much music is important to our society.
"SAVE THE  MUSIC".
That foundation also include's plans to some day own her own Television and Music production company that specializes in making and arranging crafty educational shows for children. Kind of like the female version of Mr. Rogers".